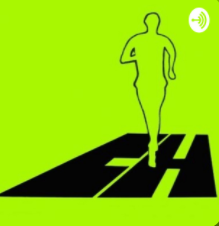 If you love to run…. on the road, under the sun, cross country, in the snow, on the trails, in the rain, in the hills, in a team, as far as you can…. Carnegie Harriers is the club for you!

Whatever the distance or the discipline, there’s a good chance that a Harrier has been there, done it, and got the tee-shirt (or race memento) to prove it.

Whatever your interest, we welcome new members who have some running experience or a reasonable level of fitness. Explore our website to find out more about what our club has to offer you. Our latest news can be found here  and if you need to know more, or want to come along and try one of our regular training sessions, please don’t hesitate to Contact Us.

Following current government and Scottish Athletics guidelines, Carnegie Harriers are delighted to be back to formal training sessions. We are also continuing to cater for our members needs by providing a Virtual Challenge/Grand Prix series running from June through to October, details of which will be made available to any new members joining the club at this time.

Carnegie Harriers normally put on the Devilla Trail races in February, the Graham Clark Memorial race in August, and were intending relaunching the Run o’ the Mill hill race in October. Of these, in 2020, only the Devilla races were held. Covid led to the cancellation of the others.

Carnegie Harriers have held 3 different types of event in 2020, since Covid restrictions were imposed – a virtual relay over 5 weeks, a Virtual GP over 20 weeks and a winter GP scheduled to run from October 2020 to April 2021.

72 club members (60% of total membership) participated in a virtual relay held over 37 days. Each runner had to cover the maximum possible distance in 19 minutes in honour (?) of Covid-19, whilst carrying a baton of their choice. At the end of the competition, team Evengers (those born on even days) had covered 164.6km and while team Cov-ODD (born on odd days) covered 163.24km. Lots of ingenuity went into baton choice and never has so much attention been paid to route choice!

In May 2020, Carnegie Harriers launched their Virtual Grand Prix, which was a series of 20 events with the best 11 to count. Every second week was a time trial of either 3 or 5 miles. In between, runners were challenged to run over old and current local race routes. The Pattiesmuir 5 race (last run in the 1990s) was resurrected as was the Auld Toun 10k and the Dunfermline Half marathon. Members could choose to follow the race route as described, or for those who didn’t live close enough, they were able to run over a similar route and distance close to home. A total of 29 members completed the series with several doing all 20 events. 54 club members did at least one event which was a participation rate of 45%.

In all cases, runners ran the events independently.
Late October saw the start of the Winter GP, with a return to club only, ‘real’ racing. The winter GP covers hill races, off road trail races and cross country. Fortunately Fife has the Lomond hills which can be accessed without leaving Fife.

If Government restrictions allow, hill races in race bubbles are planned on the Ochils, and into Perth and Kinross. Off road races will use tracks and trails across Fife and vary in distance between 3.5 miles and 7 miles. Carnegie Harriers have identified a challenging cross country course which lends itself very well to bubble racing with up to 15 runners in a bubble. Races are planned for club members from October 2020 to early April 2021. To date, participation has been keen with 48 runners taking part in the most recent event. Since full lockdown was re-imposed in early January, the Winter GP has been suspended.

The challenges? Not all runners are ready or able to take part in race bubbles. We have tried to overcome that by allowing runners to race each route independently and submit their results along with ‘evidence’ such as Strava or Garmin links. This allows everyone to race over the same route. The more difficult challenge which we can only partly overcome, is for those club members who live outwith Fife and who are not allowed to cross local authority boundaries into Fife. We have encouraged them to race over a similar course and submit results, but it is very difficult to replicate a cross country course. Our hope for this is that with 20 events and 11 to count, restrictions will ease before we are too far into the winter GP.

Other standard Covid-world challenges are ensuring that we keep accurate records of attendees. We manage this with a lot of vigilance from the bubble and event leaders – and persistent nagging! Pre-race/training symptom trackers must be completed and post-race/training track and trace forms must be completed to give us accurate records of all who participated. Race protocols and risk assessments for each event have been prepared and shared with our members.

Race bubbles are pace based (and limited to 15 per bubble rather than 30) and the courses carefully chosen to minimise risk of runners bunching up. Runners are using the same race numbers throughout the winter GP. Club volunteers do marshalling and timekeeping, and form an event bubble for each event. Again symptoms forms and track and trace forms are completed for all volunteers.

As lockdown restrictions have tightened, we have adapted our winter GP. Bishop hill race was cancelled completely since our runners would have had to travel a few miles into Perth and Kinross. Dumyat hill race was replaced by East Lomond and rather than run in event bubbles, the event was amended to independent running only. The January 2021 cross country was also switched to independent running only.

Now that mainland Scotland is back in lockdown, we have suspended our Winter GP. We could have continued to encourage our members to run events independently, but wanted to stick to the spirit as well as the letter of the law and discourage travelling to event venues. Training in bubbles has also been suspended but members will be encouraged to continue to train following training sessions set by our level 2 coaches.

Our planned Festive pace judgement challenge (Boxing Day Naked Run!) has been postponed. This was not a race but an exercise in pace judgment with runners challenged to estimate their time over a set route (4.7miles). The runners would then run the event without wearing watches, garmins, phones, music etc. The ’winner’ would be the runner closest to their estimated time. It is hoped that this challenge can be rescheduled when lockdown restrictions ease.

The club has supported and engaged members in many ways since March 2020. Fiercely competitive quizzes were held from May to December. A virtual AGM and a virtual prize giving and party were held, with high attendance at both. The virtual party and prize giving was a black tie affair with party games and prizes galore. The club took the opportunity to support a local business and with the help of club members created unique, hand painted ceramic trophies for the virtual GP.

Following a winter GP event in Balgownie Woods, the club made charitable donations to the West Fife Woodland group and Riding for the Disabled charity. (Carnegie Harriers normally makes significant charitable donations after the Devilla and Graham Clark Memorial races). A club podcast has been launched and has been very well received ( (Carnegie Pod) Training bubbles have proved very popular with members with an average of 38 runners and a peak of 49 runners attending sessions across 6 bubbles. ‘Racing’ has also been popular whether in race bubbles or independently for those not able or willing to race with others.

As we move into 2021, training in bubbles and ‘racing’ has been suspended. Quizzes will continue. Online talks and seminars are being planned, and training will continue. Virtual events will be supported by Carnegie Harriers and we look forward to running and racing together again when restrictions ease. ... See MoreSee Less

Share on FacebookShare on TwitterShare on Linked InShare by Email

Find out about our organised club races

Find out about our club training

Find out how to become a member

After one of the weirdest years, Carnegie Harriers were all looking forward to a good night out after our traditional Festive Forest race.  While we managed to fit in a…
Read More
November 15, 2020 in Non Members News, Race Reports, Races

Carnegie Battle to Stay Upright in Return to XC Racing

The site of the slaughter ground of hundreds of Scots fleeing Cromwell’s army following the earlier battle of Inverkeithing in 1651 made for a testing challenge for runners.  Saturday’s 27…
Read More
November 7, 2020 in Blog, News, Non Members News

CH Hill and Winter GP Events As you know we are offering members the opportunity to take part in a series of organised events throughout the winter months. You have…
Read More
September 1, 2020 in Announcements, Blog, News, Non Members News, Training

Carnegie Bubbling Away and Out of Lockdown Hibernation!!!

Carnegie Training Resumes Carnegie Harriers were absolutely delighted this evening (01/09) to welcome back members to our formal training sessions. Like all clubs up and down the country, CH suspended…
Read More
June 21, 2020 in News, Non Members News

Carnegie Harriers are sorry to announce that the Graham Clark Memorial Race, which normally takes place on a Tuesday evening in early August, will not take be taking place this…
Read More
May 17, 2020 in Blog, News, Non Members News

Carnegie Harriers Virtual 5k Relay Like all running clubs in the country, Carnegie Harriers have essentially gone into cold storage since the beginning of March to help deal with the…
Read More
April 24, 2020 in Blog, News, Non Members News

2019-20 Road and Off-Road GP Winners The Carnegie Harriers 2019/20 GP drew to a close after the Kirkintilloch 12.5k and the National XC Champs last month. The counters for the…
Read More