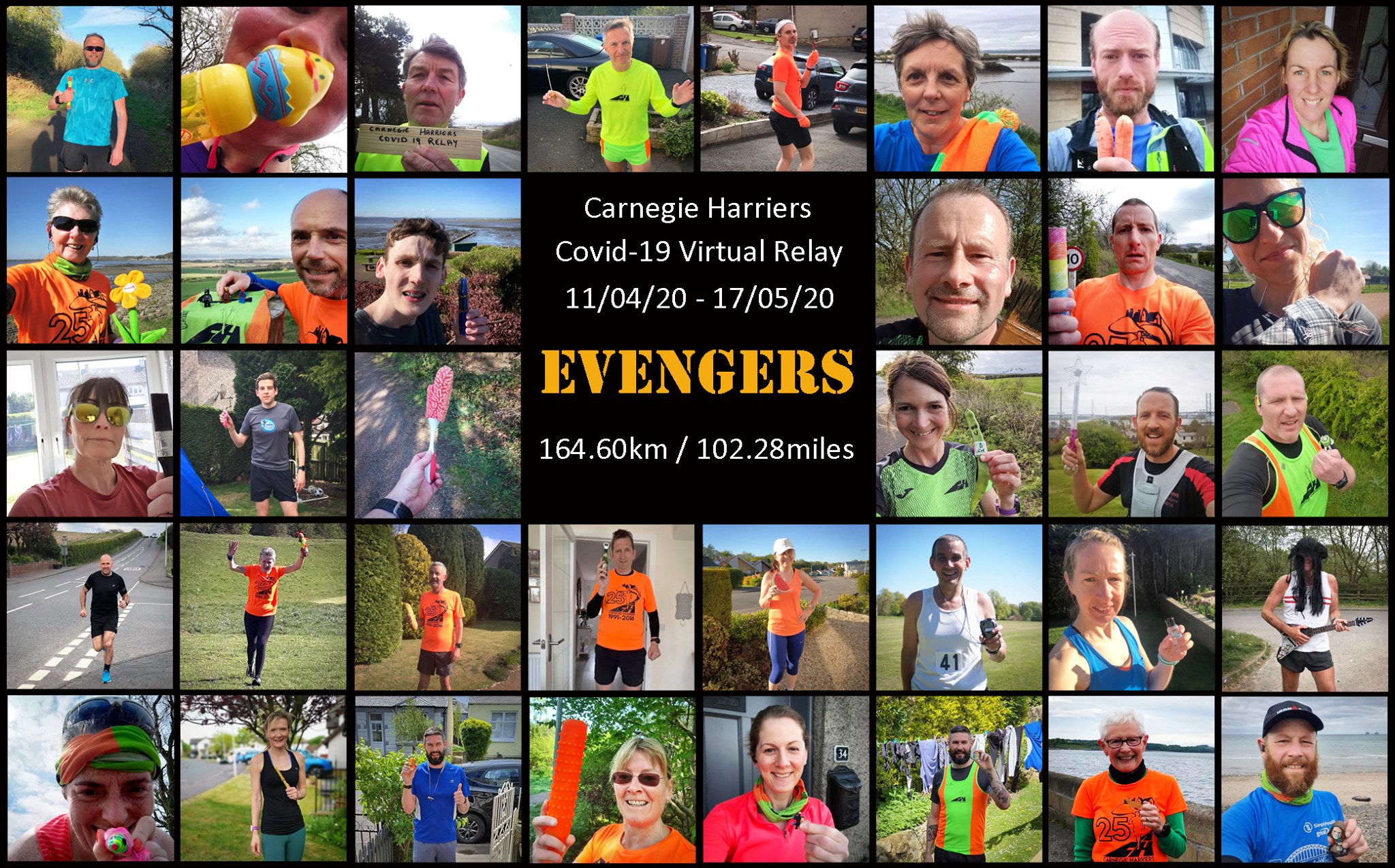 Like all running clubs in the country, Carnegie Harriers have essentially gone into cold storage since the beginning of March to help deal with the spread of the Coronavirus.

With many club members missing their racing fix, Carnegie Harriers were keen to rise to the challenge of a virtual relay, to help bring some positivity and have a way for members to stay connected with each other. Teams were sorted into CovOdd  19– born on odd days and Evengers – born on even days, and were tasked with running as far as possible – within lockdown restrictions – in 19 minutes.  As it was a relay, each runner had to carry a baton.  After 37 days of running, (from 11th April to 17th May),  less than a mile separated the two teams!  A total distance of 101.43 miles (163.24km)  was covered by team Covodd 19 and 102.28 miles (164.60km) by team Evengers.

Distances covered in 19 minutes ranged from 3.51km to 5.30km.  Runners were able to choose their  own route and strategic route choices paid off.  Some runners live close to Castlandhill in Rosyth and used that to their advantage, while all runners viewed their local area with fresh eyes as they sought the perfect route.

Baton choices were important and topical.  Choices ranged from a toilet roll baton, feather boa, Twix, rolling pin to a skull!    (Honest, it was a stage prop!)

Carnegie Harriers men’s captain Jonathan Millar came up with the idea.  He said “ I am delighted that so many club members took part in the challenge.  At this time of year, we are normally racing most weekends and we wanted to find some way of motivating our club members within the lockdown restrictions.  It’s been great fun and good to see an incredible 72 of our members taking part and supporting one another”.

Great effort by ALL the 72 members who took part, in what was a brilliant way to keep in touch with club mates virtually, in these challenging times.

The club hope to make a charitable donation to reflect the effort put in by everybody over the course of this challenge. Details will follow in due course.

In the absence of racing for the foreseeable future, Carnegie Harriers will be putting on a Virtual Grand Prix to cover the summer months with a mixture of Scottish Athletics virtual events,  time trials and hill running challenges as well as some mid week surprise events to keep runners motivated.  All ‘events’ will follow current Scottish Government guidance on exercise.

Several members of Carnegie Harriers signed up for the recent Scottish Athletics virtual mile challenge, with Isobel Burnett recording the fastest over 60 time in Scotland for the 1 mile. Well done Isobel. 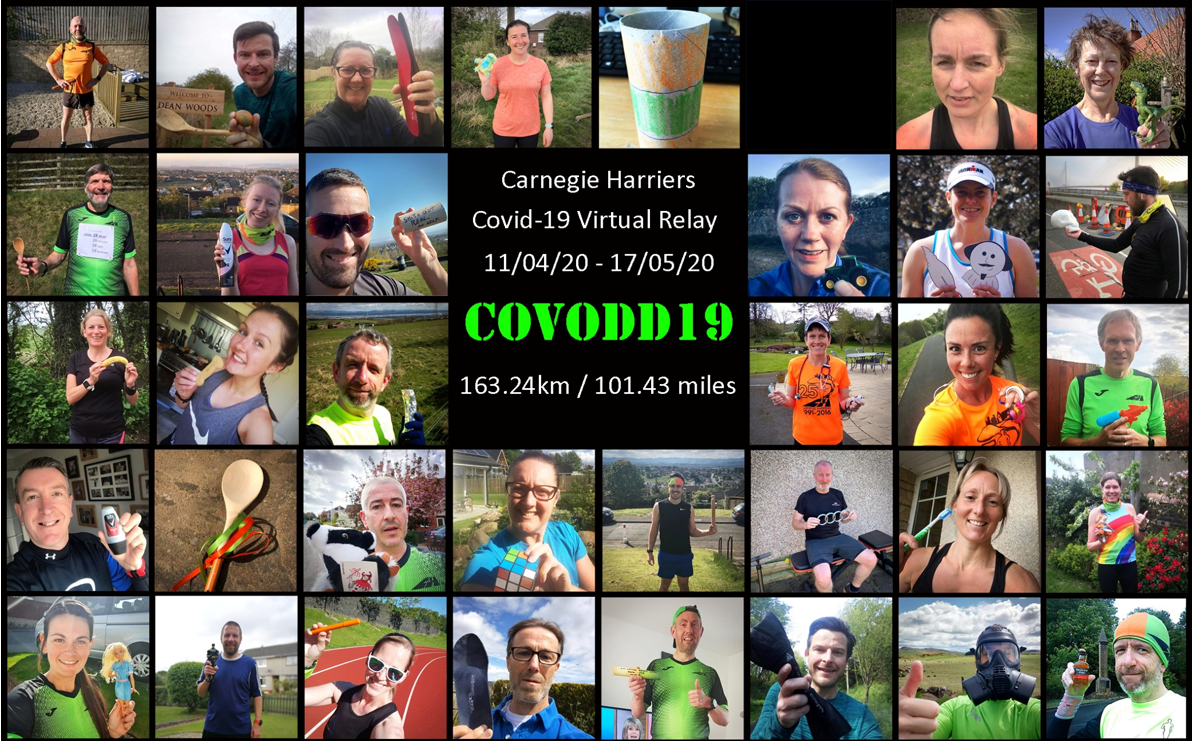 Images courtesy of all members who took part, with the montage by Steven Honeyman. Words by Sue Walker.