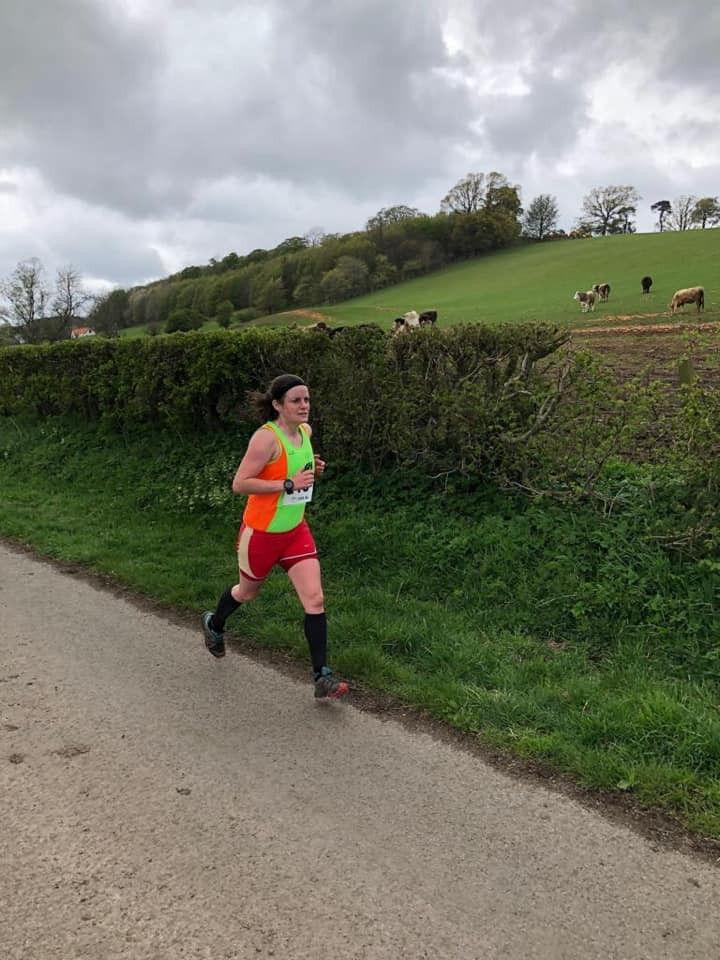 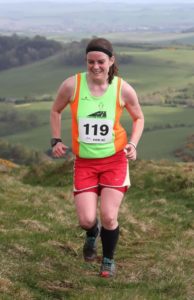 With the bigger races taking place this weekend, The Fling, London and Stirling Marathons, I opted for Norman’s Law Hill Race in Luthrie. I flew the CH flag solo. The forecast had shown showers, heavy at times for the late 3pm start. Surprisingly, the sun shone. Starting at the cowsheds, we were counted through then we all went back behind the line. The race director announced the race route was slightly altered. Normally runners are free to choose their own route coming off the Law however, in the fields, heifers were due to give birth or had recently given birth so we had to follow the Land Rover track. With the sun beating down on us, I was already feeling too hot. Thankfully, approx. 1km in, the sun hid behind the clouds making the air cooler. When we got to the first marshal at the second farm gate, she said “You’ve got a good view at the top”. As we climbed, I thought “We’re not going to have time to admire the views”.