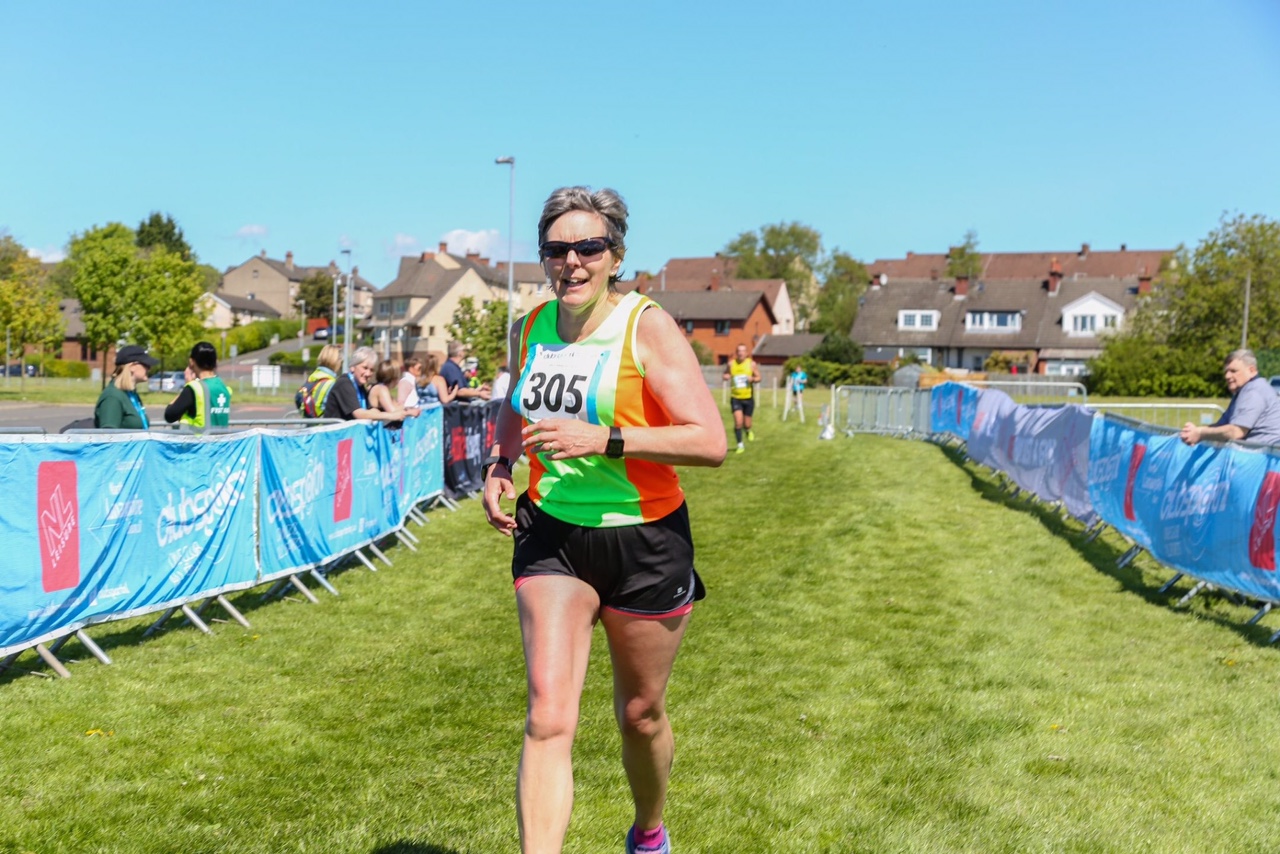 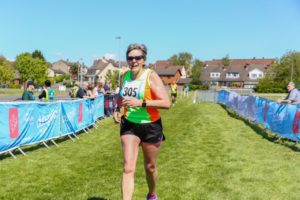 Despite growing up in Coatbridge and still visiting frequently, I’d never managed to run the Monklands half before now. Sunday was a warm and 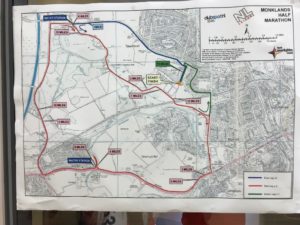 sunny opportunity to rectify that. The course consists of two 5 mile loops with little loops added at the start and finish to make up the full distance. The first and last 100m or so is on grass and after that, you’re on pavements running clockwise around Coatbridge and Bargeddie. It’s not a hilly race but there are a couple of distinct inclines on the main loop which would be nothing to those used to Lesley’s hill sessions in the Glen.

There are plenty of water stations, the event was chip timed, the marshals were super cheery and you have the option on entry of paying extra for a technical T shirt if you wish. Not much in the way of crowd support but with at least half the route through Drumpellier Country Park, the scenery is surprisingly good. Around 300 people entered it and there was also a 5k option. The event is run (and run well) by the sports and leisure arm of North Lanarkshire council who also run the Cumbernauld 10k which is one of our GP races this year. The winner finished in 1:15:55 and the last finisher took 2:48:21.