I’ve done this race once before, 4 years ago, and distinctly remember saying to myself as well as others, “ I won’t be rushing to do that one again!”  It had been longer and tougher than I’d expected, but perhaps with that knowledge I felt tempted to give it another go this year.

The recce I did 3 weeks ago with Aileen and friend Jayne was challenging enough but it would have helped if the map posted online for this year’s race actually matched up with the route map we were given on race day!

Anyway, a smallish field headed off in the drizzle at 1pm on Sunday up the tarmac path from Strathmiglo, up through the forest trees and then up again by what could only be called a hidden gem of a track used mainly by Falkland goasts (or goats even!) and ascending at an angle, the steepness of which got the heart, as well as the legs, well warmed up.

Up on the open hillside it then became a bit of a lottery as to which direction to go, as there was no discernible path and most of us headed onward together like sheep randomly following their instincts. A few of us were no doubt convincing ourselves that the people in front knew where they were going – how often does that happen!  The option of sticking with other people in the misty gloom seemed preferable to getting out map and compass and being left on my own.

We finally got to Craigmead and started the climb to the East Lomond summit.  It was clear that we had given ourselves some extra warm-up mileage, and Karen and Phil confirmed this as they expressed their astonishment as I passed them climbing steadily half an hour into the run. It was good to see and shout to all the other Carnegies on the hill as they headed up or down at that point. The rain that started with us remained with us so the views from the top totalled a stalwart marshall at the cairn and some hazy figures heading off in the near distance.  A quicker descent and then onto the main track heading to West Lomond (not the sheep trod we’d negotiated on the north side in our recce!)

I was already quite wet (make note to self to invest in new jacket, as present one has unfortunately lost any waterproofing it had), and with the east wind picking up, the approach to West Lomond became much cooler, for me at any rate.  I remember at this point following a Falkland Trail Runner who looked comfortable in his short-sleeved t-shirt while I donned my fleece hat and kept it on for the rest of the race.  Up to the top, over a stile and then a gentle downhill section through the heather led us to the super-steep slope that would normally result in bum-slides but this day caught out many who ended up doing Olympic skiing-style falls which inevitably produced several injuries.  I feel grateful to have escaped without even a bruise, especially as the girl behind me put one foot wrong and ended up hurtling at speed down the slope, in the air for much of it, limbs at all angles, and luckily escaping without serious hurt,  It was like ice with no easy way of stopping once you’d slipped.  I do hope those who were injured recover well and quickly.  Arianne managed to escape injury despite falling; Kevin and Phil were less lucky and Phil in particular got an all-round body punishment – hope it doesn’t put him out of action for long.

Down to the “Bunnet Stane”, a wonderful rock formation that is worth a visit in its own right, and then another climb back up in an area where there were no distinct features to help runners find the best direction to head back.  Familiarity with the area or some very precise map-reading is needed to stop you going too low or too high but eventually, after a mile and a half, the long traverse meets the edge of the forest.

The last section through the trees was a welcome relief for me as I could get some rhythm back increase my stride, heading downward through the trees and back down the path to the start/finish point.  A change into dry clothes and a welcome hot drink and home-baking finished a day that was challenging and eventful (more so for some).  Friendliness ad concern amongst the runners was evident, and a camaraderie which I’ve often seen at hill races. Back at the hall I don’t think I heard one person refer to their race time and that was refreshing.  For those who are interested though, my watch clocked up 10.66 miles (that would include the ‘exploring’ detour earlier on) and an elevation of 2089 ft.  This time I didn’t finish thinking “never again” so I might well be back next year, hopefully with a few Carnegies.

Thank you to the Lomond Hill Runners hosting the race, for cheerful, encouraging marshalls (equipped with wine gums and jelly babies too) and plenty drinks and food at the end… always appreciated. 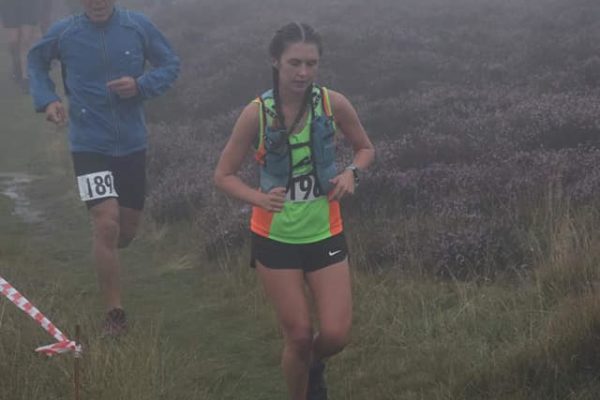 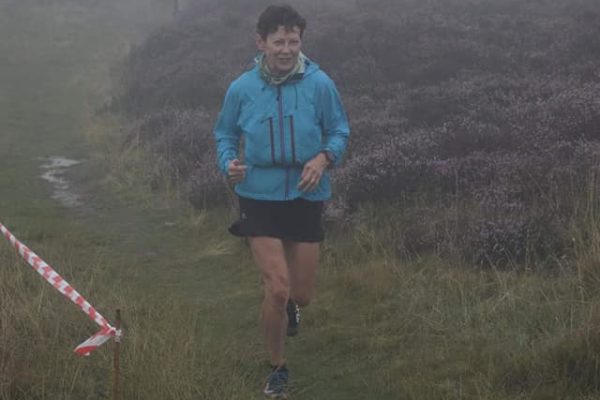 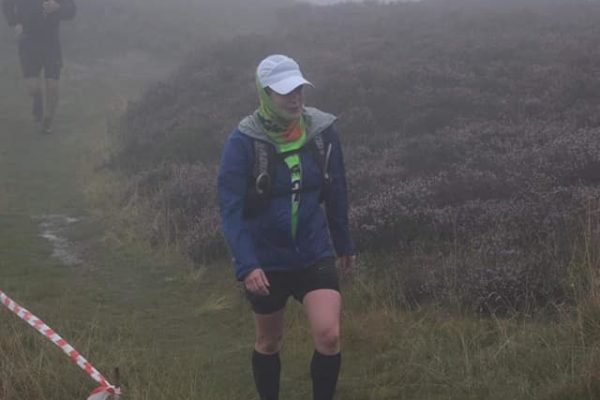 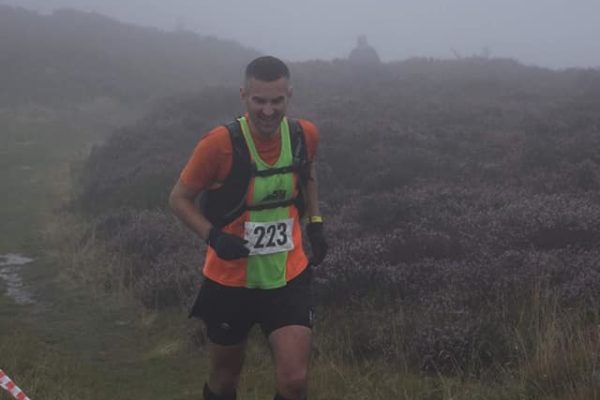 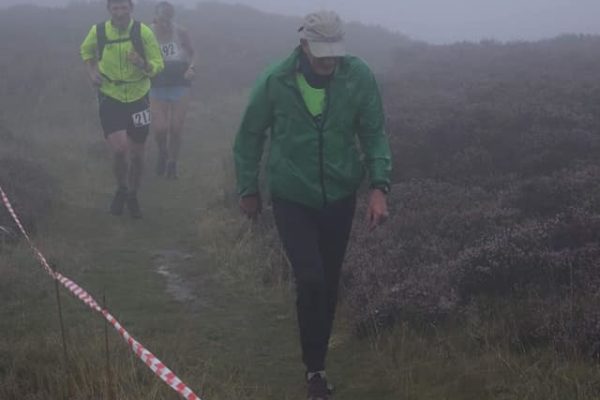