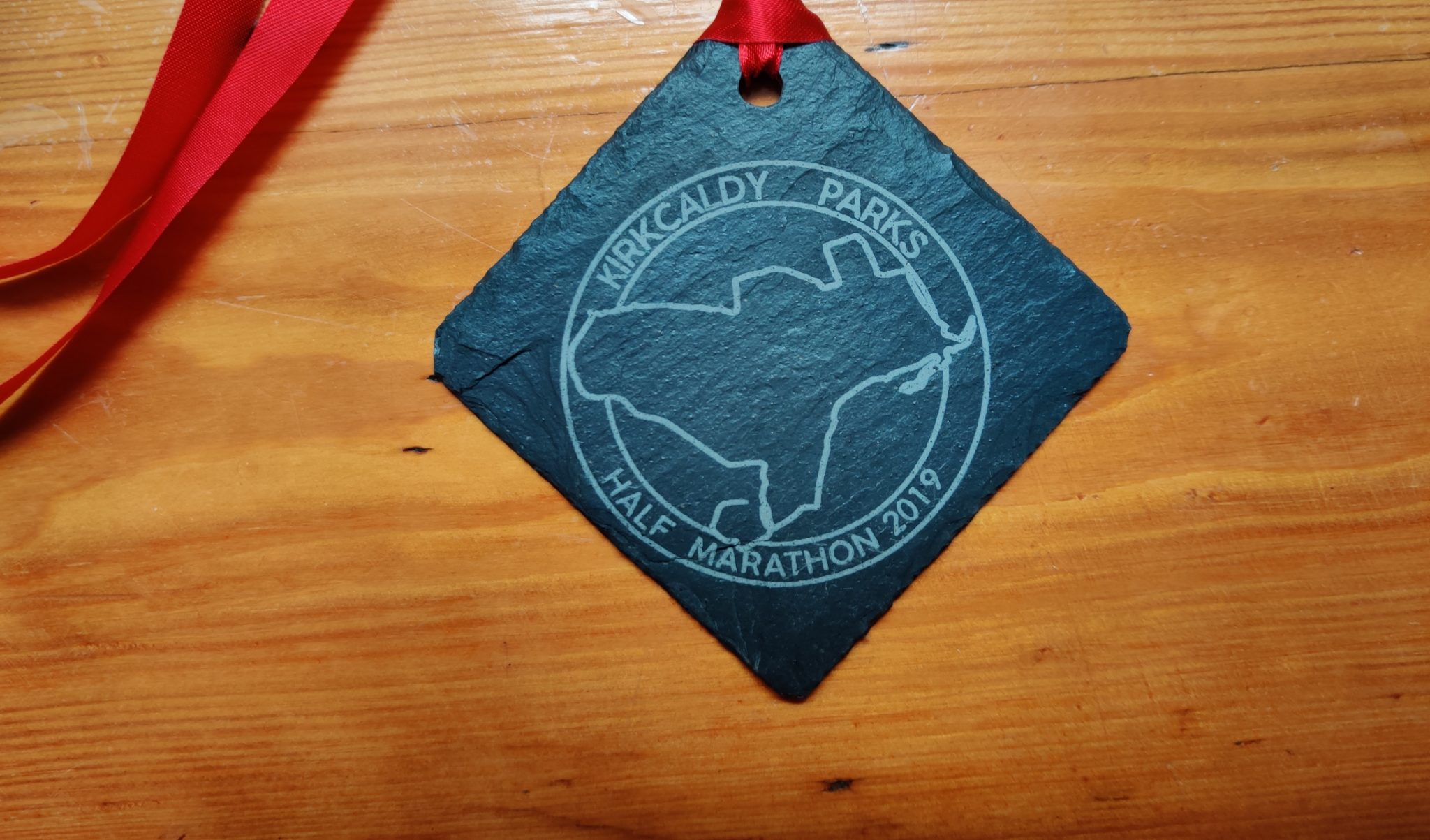 Hot and Hilly in Kirkcaldy

This was a fantastically well-organised event and was greeted with great anticipation across the Fife running community and beyond.  The weather forecast in the preceding days led to an increase in nervousness, as sunshine and 20C+ temperatures were predicted.  As the morning dawned though, there was a nice mist/haar hanging around the coast, which was welcomed by most runners.  Still warm, but could have been worse.

31 Harriers (12 female + 19 male) made it to the starting line on the far side of Beveridge Park.  Regulars to the local Parkrun would have been familiar with the 1st hill that greeted us after only a few hundred metres.  That set an early expectation that this was going to be no easy race.  So, up that hill we went, then sharply down the other side and out the park gates.  This then began a gradual 4km climb, as we swooped up Oriel Road.  This climb was always going to be tough, and with the heat, many adopted the strategy of trying to take this a little easier, and avoid burning out later in the race.  It was made slightly easier by the number of people roadside, offering support, encouragement and what seemed like an unlimited supply of Jelly Babies, all with the aim of giving us wings to fly up the hill. 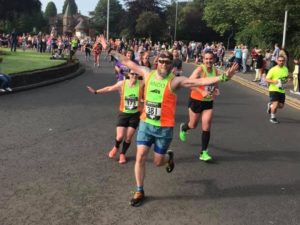 With the ascent behind us, there was a nice, long straight past the Retail Park (and crowds of people with buckets of jelly babies), to either pick up the pace or recover from the last 4km.  Having climbed a bit, we had left the mist behind, so the sun was now a factor to be mitigated.  We then turned up past the Crematorium (hopefully not an omen), and another climb, this time off-road, to go round the back of Dunnikeir Park.  The trees provided some welcome shade here, but it was not to last, as we exited the park, and then took a loop round an industrial estate, before starting the main descent towards Dysart.

The descent provided some relief to the earlier hills, but it was quite steep, so presented a different challenge to tired legs after 9 miles in the sunshine.  Again, the encouragement and jelly baby supplies at this stage were fantastic.  Into Dysart, and round the picturesque harbour area.  Having run on road, and a bit of trail in the woods, we were now onto cobbles.  Not the easiest to run on, so important to watch your step.  Through a wee tunnel where some of the taller runners would need to duck, and then onto a coastal path, which brought another change of terrain and another climb up into Ravenscraig Park.  More jelly babies, and then downhill towards the Promenade where, thankfully, it was still misty. 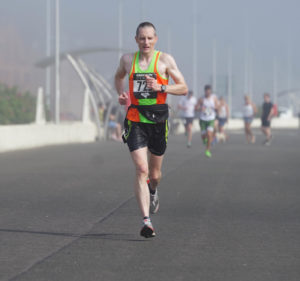 The Promenade section was great.  Refreshing by the sea, more brilliant support, and the feeling of knowing that you were almost finished, as you passed the 12 mile marker.  Leaving the Promenade, there was one final sting in the tail.  The last km was uphill, but the local support continued to inspire you onto the finish.  There was a huge crowd at the park gates and they cheered you onto the end. 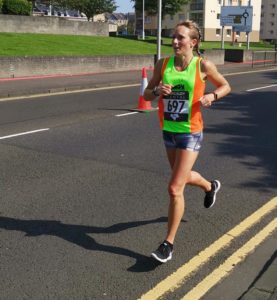 Nothing but praise for this event, and hopefully we don’t have to wait another 27 years for a repeat.

Well done to all 31 Harriers who ran, especially those who smashed their PBs.  Steven King was the first male Harrier to finish (19th overall), and Sam Laird was first female Harrier (9th overall).  Joy Gudgin added to her trophy cabinet with 2nd V50.  Full results can be found here. 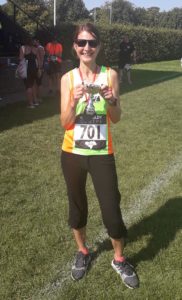