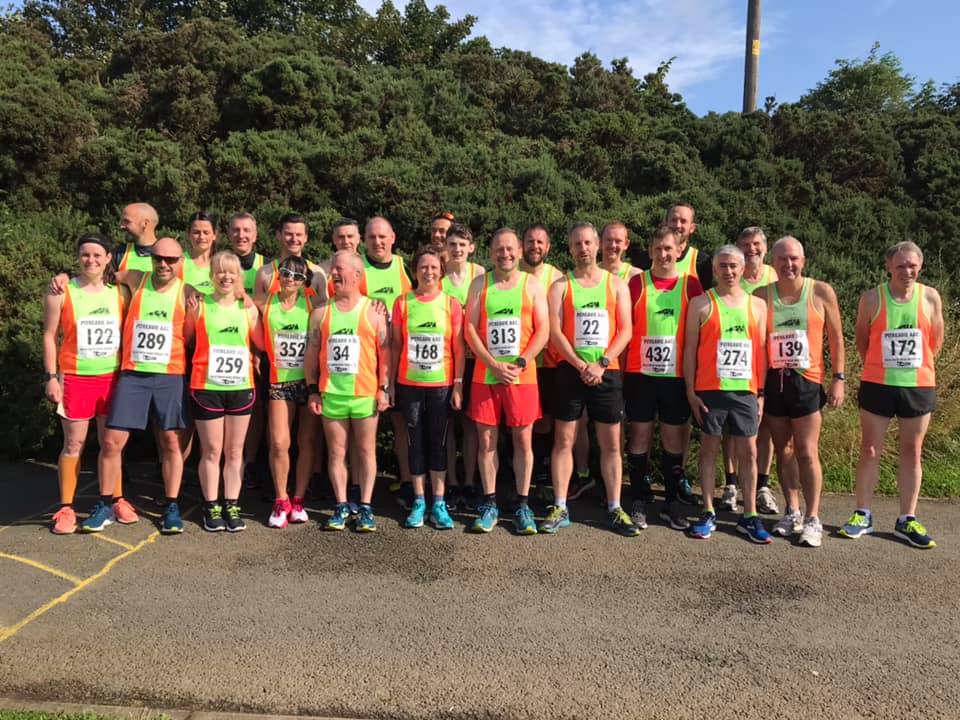 Harriers “Gone with The Wind” at Forth Road Bridge 10k

HARRIERS “GONE WITH THE WIND” AT FORTH ROAD BRIDGE 10K

34 Harriers, along with another 350 runners, made their way to North Queensferry Community Centre on Sunday for the ever popular Forth Bridge 10k, organised by local running club Pitreavie (PAAC). The race also doubled up as the club Road GP event #6.

Anticipation for the race was particularly high this year, as last year’s race did not take place due to bridge workings and a safety first approach! Despite a last minute route change, meaning an extra hill climb at the south side of the bridge, spirits were high at the start with sunny  weather and a gentle breeze (or so everyone thought).

After the obligatory pre-race photographs, runners lined up at the start in some sort of predicted finish time order, with the race off at 10:30am sharp.

The race starts with a downhill section to North Queensferry, followed by a sharp incline, before a long steep descent down Ferryhills Road, where pace can really pick up. After Ferryhills Road has been safely negotiated, the route turns for the long slow climb up the side of the A90 towards the middle of the now almost traffic free Forth Road Bridge. At this point the perfect running weather changed as runners were greeted with a strong headwind, just what was not needed for the long exposed climb. The wind gained even more strength as runners entered the bridge. It was a battle at this point to just stay in the race, it was certainly not PB conditions! Any respite from the windy conditions once the descent down towards the South end of the bridge was short lived, as even this section was proving difficult to negotiate due to the windy conditions.

As PBs and hoped for finish times slipped away, the wind soon dissipated slightly as the runners were led onto the updated section of the route up the A90 slip road, round a well-positioned cone,  back towards the bridge, down the East side of bridge, under the bridge itself, back up the West side of the bridge (downhill welcome, uphill not so much!) and up onto the opposite footpath Northbound. The wind was now behind the runners backs, giving an opportunity for a very fast finish and a chance to claw back some time lost from the Southbound section. Subsequently heard that 5 of the top 10 fastest ever times Northbound across the bridge, were recorded during the race! The end of the bridge brought the finish of the race into sight with a very fast sprint across the line, where runners could pick up there pre-planned dropped off water bottles (great idea PAACE), grab a well earned medal and wait for club colleagues to finish. 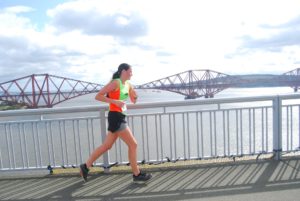 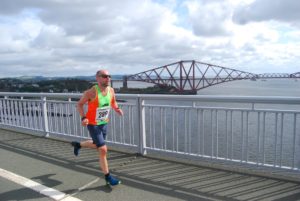 I am sure we will all be back again next year!