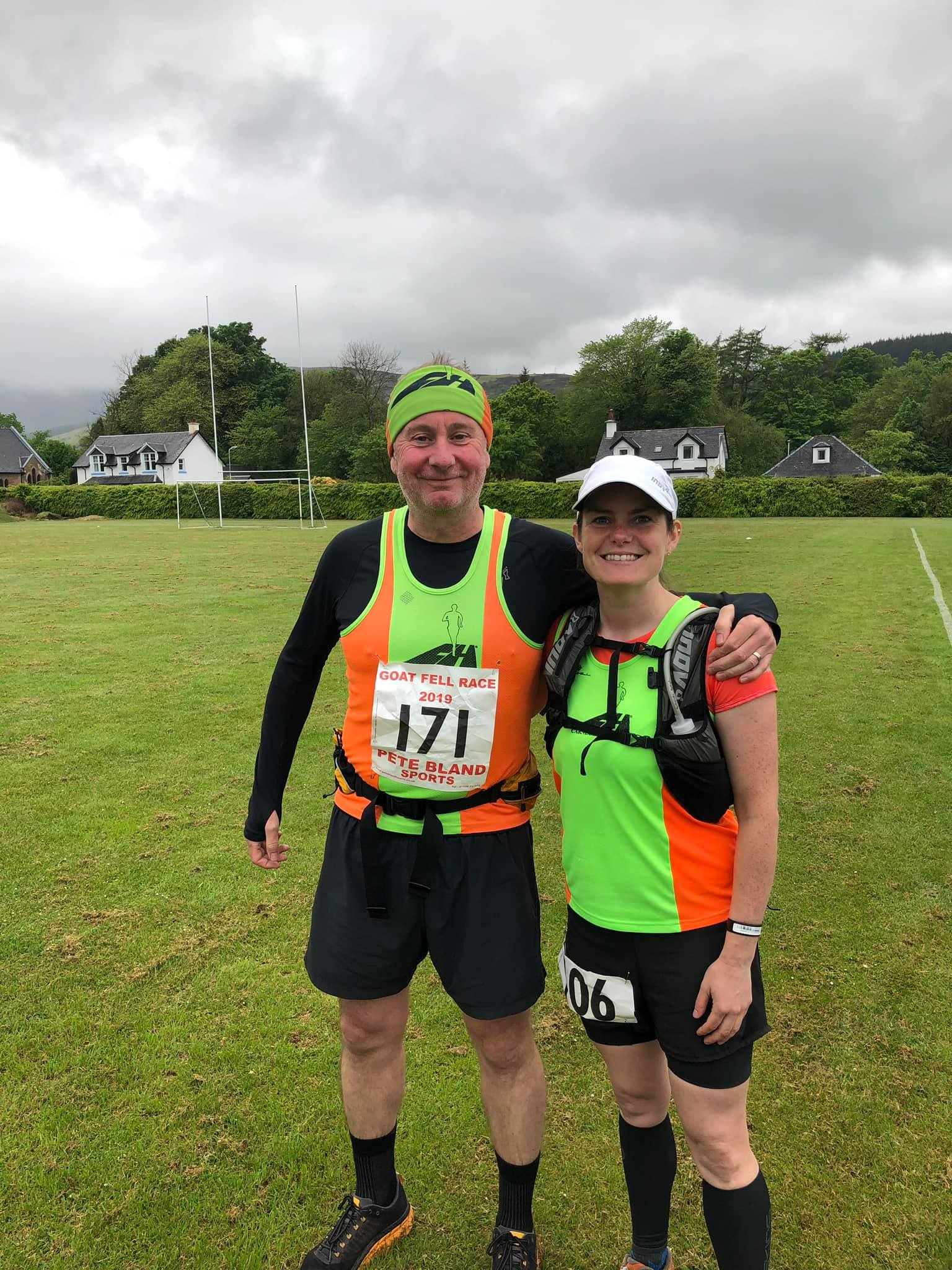 Considered a classic, with 890 metres of ascent and covering a distance of 15km, race No.6 on the Hill Running Grand Prix saw an ascent of Arran’s highest peak, the iconic Goatfell. The hill race is a well organised Shettleston Harriers event with Carnegie Harriers being represented by Karen Forsyth and myself, having both been offered a late place from the waiting list just days before the event. The race started at midday to the skirl of bagpipes on a dreich Saturday with a lap of Ormidale Sports field to spread the field of runners, before hitting the road at a pace more like a 10k road race. It then headed North leaving Brodick behind, in the hope the clag would clear, and the drizzle would dissipate and allow a visual stimulus of the gnarly Goatfell summit. This was not to be but on we ran crossing the bridge at Glenrosa Water, keeping the suicide pace up, before entering the grounds of Brodick Castle. We followed the private beech hedged lined avenue where the road turns sharply right, before being directed onto the uphill track through the forest before joining the main Goatfell path. The incline is gentle and runnable as the path meanders through birch forest and across burns. As it leaves the forest, the going becomes rougher with some high step-ups. The grip offered by my shoes on the surface of the granite rocks was unpredictable and an indication that the descent could be tricky in the wet conditions. 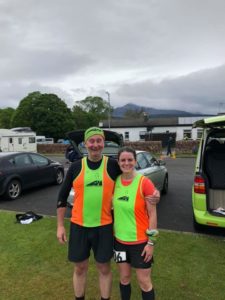 The path eventually turned West, the ascent steepened, and the fun began as the race route flags make for a very technical route towards the summit, with a scramble to cover the final 100 metres or so. On reaching the trig point, we were directed towards an equally technical descent off the opposite side before finally meeting the main path again where the pace can be increased, and concentration tested as one slip could be disastrous. At 48 years old I don’t bounce too well these days and the granite would be extremely unforgiving. Even rubbing past the bigger boulders at pace would offer a tasty flesh wound. A safe passage was made back down the path before the sanctuary of the forest path, where my legs were starting to protest about running faster again. Knowing the finish was only 2 miles away at this point and the hard bit taken care of, I pushed on, ignoring the discomfort and passing around a dozen runners who were also feeling the strain of their earlier efforts. On approaching Ormidale Sports Field I passed another runner and was aware he had decided to come with me. I explained that I’m not trying to make a race of this, I just want the pain to be over. The finish line was in sight, but another lap of the field was required before the glory of crossing the line and relief! Looking around at the finish area it was clear many of the other hill runners were not as lucky in their safe passage as there was a fair bit of blood to be seen. First aid was being administered and another casualty was being brought in by Arran Mountain Rescue with a nasty gash to his forehead (I’m still selling this right?).

I wasn’t long after that I was cheering on my teamie Karen on her first Goatfell race and a brilliant effort from her after a tough day on the mountain.

Positions and gun times not yet available.