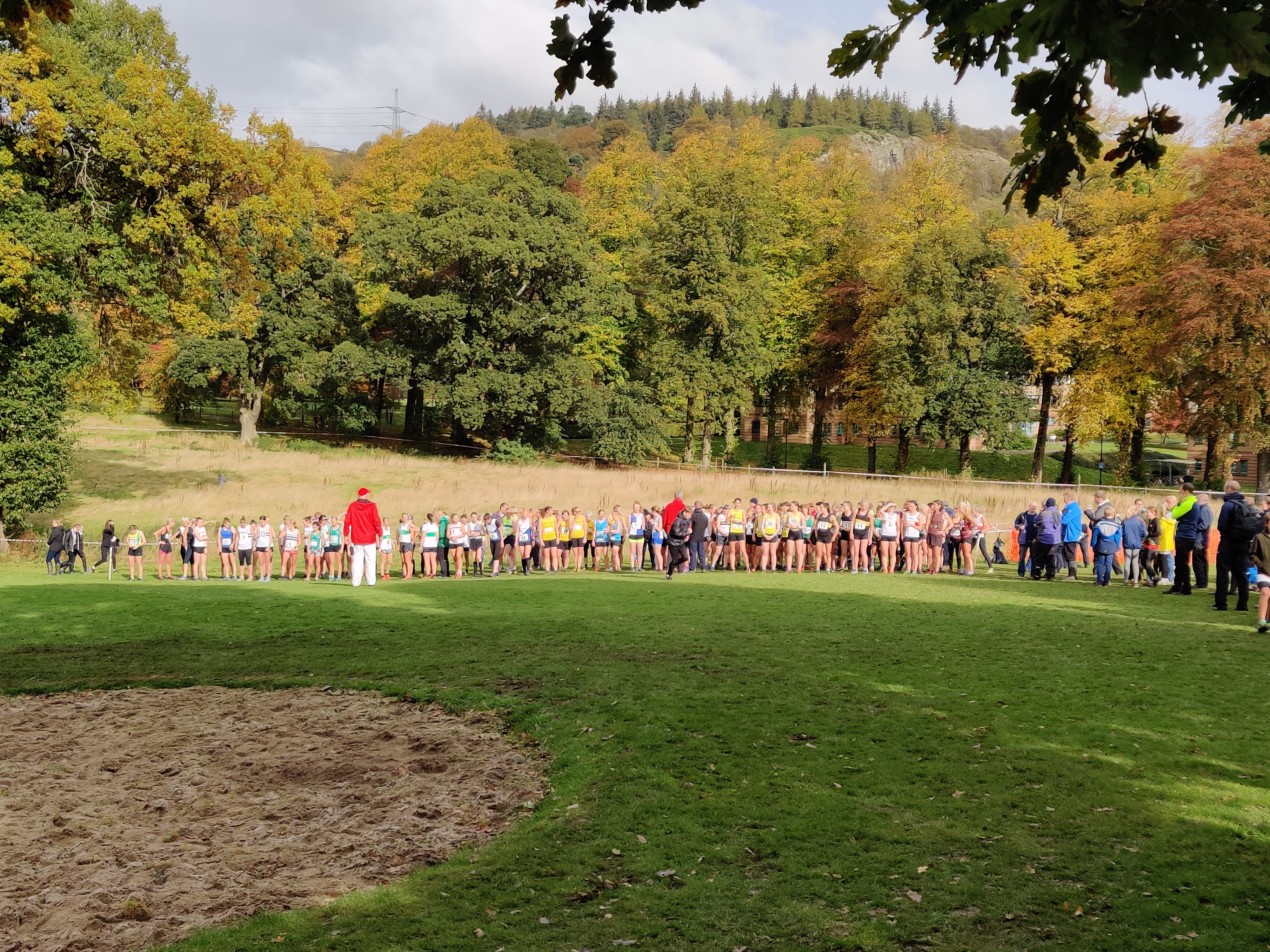 The Cross Country League season kicked off in October with the opening event at Stirling Uni.  You could sense the excitement for the start of the XC season, as 14 men and 7 women lined up for the Harriers.  It was a tough route at the Uni, with a few steep climbs and more mud than last year.  Isobel Burnett led the women home, with Steven King taking the honours for the men.  Isobel was closely followed by Joy Gudgin and Gail Murdoch.  With the first 3 finishers contributing to the League scores in the Masters classification, the team were setting the pace.

On we went to Broxburn in November, for Race #2.  With 9 men and 7 women, it was another great turnout for the club.  This year’s race was run in reverse (not backwards), and aside from a start that was far too congested, it worked out well, with the course no less challenging than before.  Steven King was first finisher for the men (again), and Isobel was first finisher for the women (again).  Joy and Gail were 2nd and 3rd (again!), seeing the team finish 3rd in the table at Broxburn, and very much in contention overall.

With memories of Christmas and New Year fading more quickly than the expanded waistline, the XC teams converged on Livingston for the final race of the League.  It was a frosty, but surprisingly warm day in the sunshine, with plenty of wet, muddy bits underfoot.  Classic Scottish XC conditions for the 11 men and 7 women to enjoy/endure.  No prizes for guessing who the first finisher for the men was.  Yep, Steven King.  A great XC season for Steven, with consistent runs at each event.  Jonathan Millar and Barry Davie just couldn’t quite catch him.  Special mention to the M60 and M70 men who all put in great runs on a hard course, especially to Clive Cable who doesn’t often do XC and chose a challenging day for his season debut!  Well done all.

But enough of the men.  The stars of the season had already run.  Alison Whyte finished 1st for the team, with Isobel having to settle for 2nd place this time.  Joy completed the top 3, and we were all counting the Perth runners at the finishing line to see if we could work out the final placings.  But we had to wait.  Refreshing the East District website frequently as the evening wore on didn’t help.  Finally, the tables were published.  After a great performance, the women completed the season in 2nd place.  A strong Perth team had held on to the lead.  2nd place is a fantastic result for the team.  Congratulations! 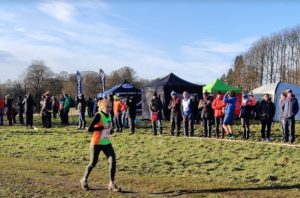 It was an encouraging league campaign for the club, which saw a lot of runners make their XC debuts, and hopefully they have caught the bug for next year.