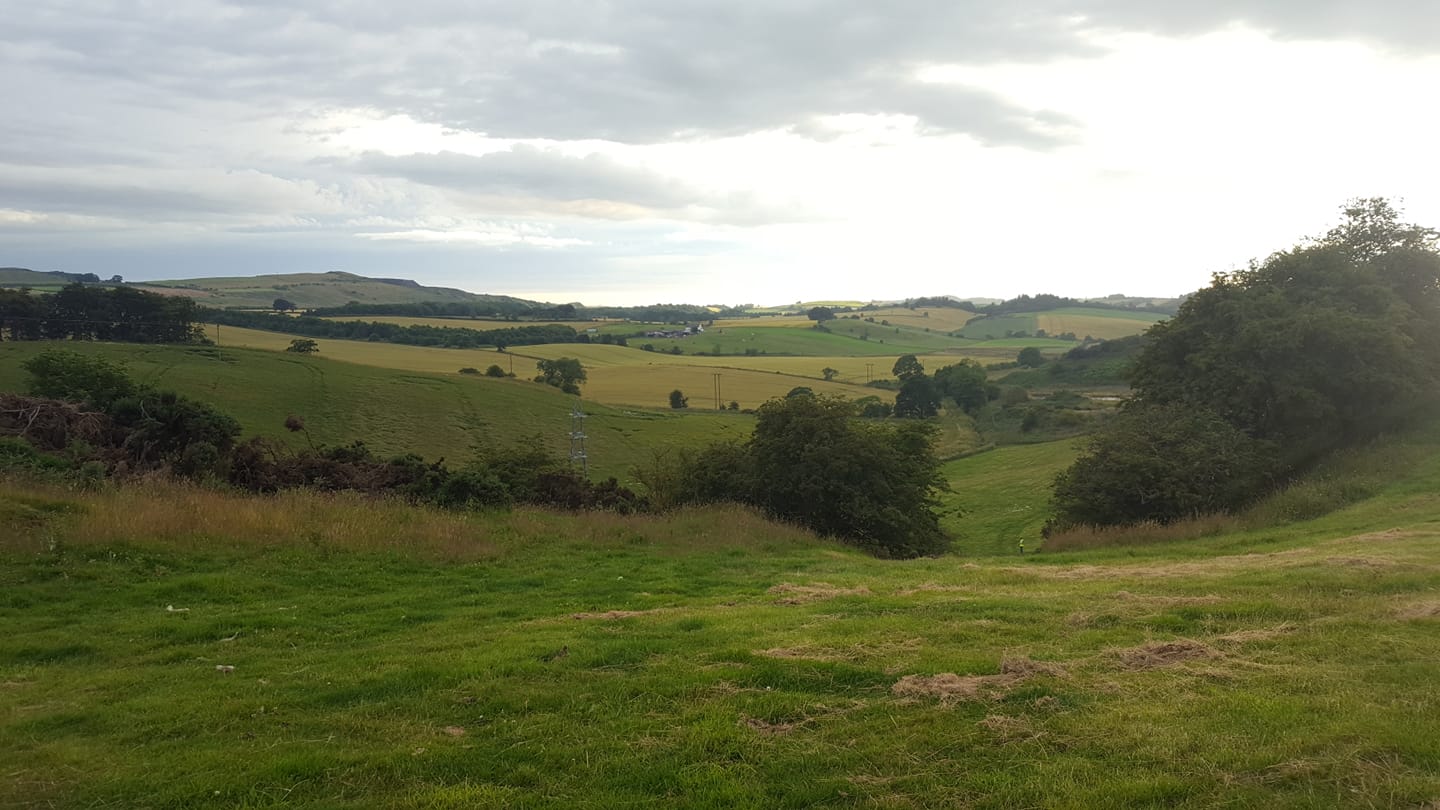 Four Harriers took part in a new run -the Balwearie Trail Race.  The race is part of the revamped Kirkcaldy summer series.  The race starts in Beveridge Park in Kirkcaldy.  Starting on the paths you run up hill to the traditional start of the 5km race before heading down the hill and off to the left to where the trails begin.

There is a real mixture of terrain throughout the race.  For the next kilometre or so there are some fairly good trails to run along which are flat before turning onto a farm track.  This is a gradual climb which fairly saps the energy from your legs as you also try to avoid the mud and keep to the best of the track.  The climb seems to go on forever but is in fact just over 1km long.    The course briefly flattens out before passing Balwearie Castle Tower before the terrain changes again to a grassy trail. 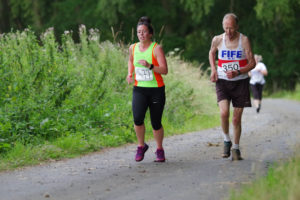 The turning point is a step grassy downhill – for the hill runners out there not a problem I am sure.  For road runners it was a hill to be taken easily.  The start of the homeward journey was again on grassy trail before a short, sharp, nasty(!) climb where the course re-joins its original course.  The marshal helpfully tells you at this point that the worst hills are over.  For once, they are actually correct the trails are pretty much downhill from this point leading back to the park.  Once back in the park there is a slight climb into the woods behind Beveridge park before the final sprint to the end. 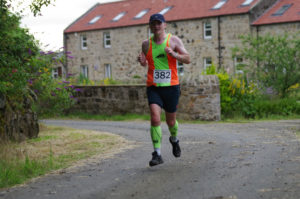 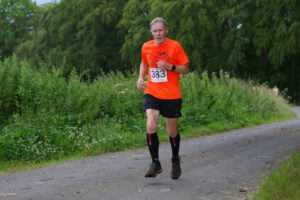 Overall, a really interesting route, who knew there was all that space to run behind the park!  The course was extremely well marshaled.  The conditions were pretty good considering the hot weather we have had this week.  If the weather had been rainy this course would have so many more challenges to overcome. 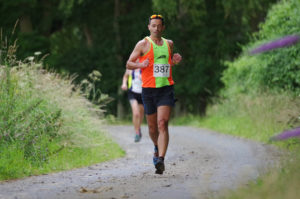 Thanks to the Kirkcaldy Wizards for adding a new and interesting race to the Fife calendar.

Thanks to Wullie Law for the photographs.