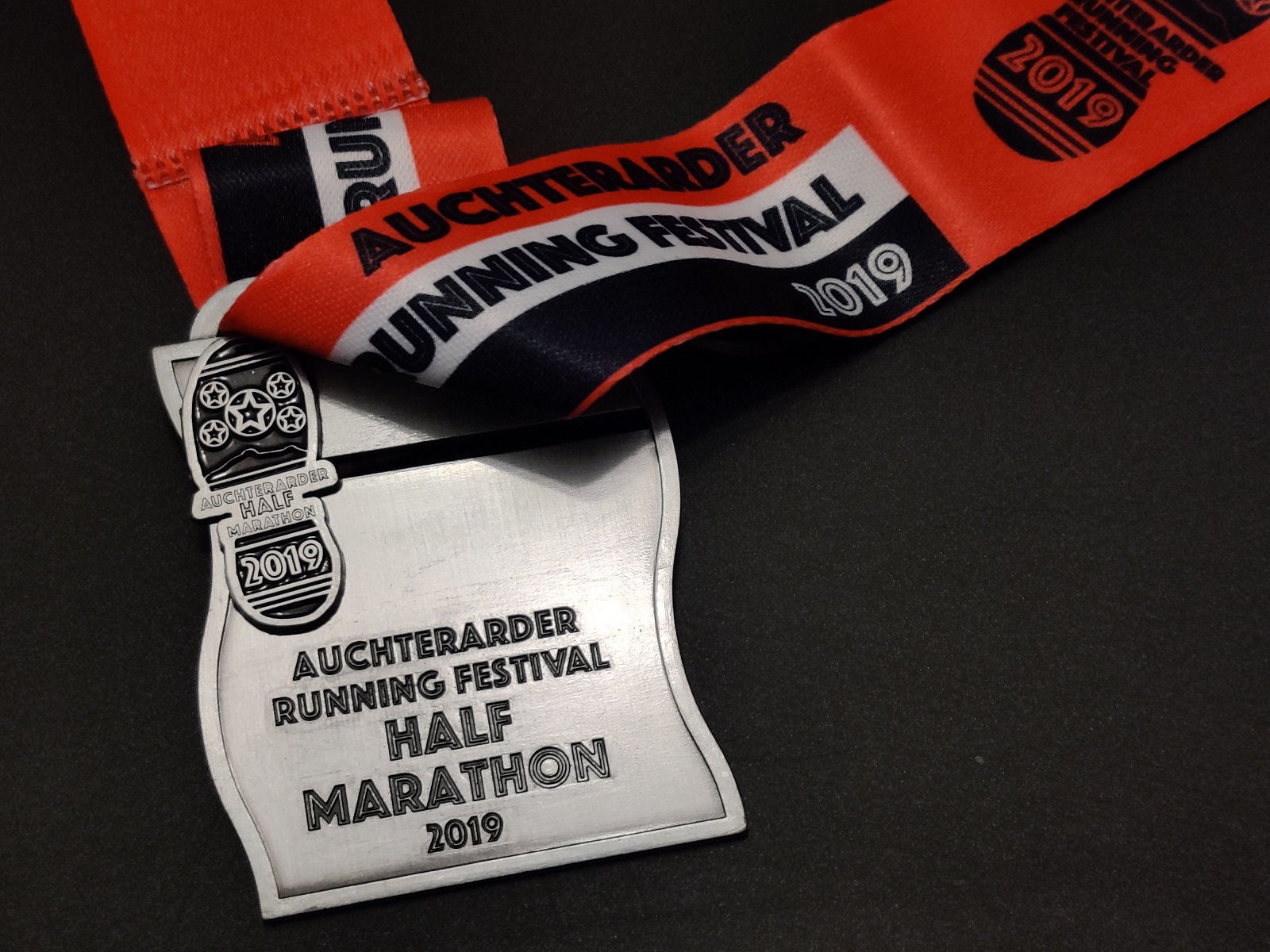 It’s not every Sunday I drive to Gleneagles.  In fact, it happens about once per year, and it is usually for this race.  The Solheim Cup caused a rescheduling of the race from September to November – this made it feel a little out of place, as the mind was on Cross Country, rather than Half Marathon training at this time of year.  However, after a week of heightened social media activity, the Auchterarder Running Festival (ARF) had everyone ready for the race (they do this very well, I think).

A few notes on admin – great car parking facilities, right by the start/finish area.  Registration was really efficient, even though the organisers were insistent on photo ID being produced (a good thing, in my opinion).  Free coffee was available, which in itself, is a win.  The Group warm-up got underway, and had more participants than usual, as nobody really wanted to be outside.  But the time rapidly came, and we funnelled out to the starting pen, still smiling.

The race got underway with 4 Harriers (Gemma McKee, Sam Newington, Andrew Spence and Brian Miller) speeding across the start line.  For those who don’t know the route, it can be quickly summarised.  Downhill for 5 miles, followed by a figure of 8 at Strathallan, and then back up the hill you just ran down.  It’s a challenging finish, but in many ways, the hardest part is holding yourself back on the downhill start.  5k and 10k PBs are quite commonplace, but they come at a cost later! 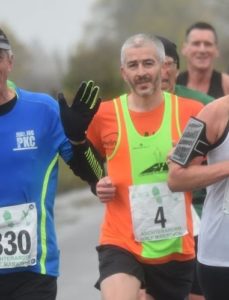 The downhill section was great.  It was very wet, but there were still decent crowds lining the streets to support.  The marshalls were very supportive, which was great to see/hear – it’s much easier running in the rain than standing in it with a cow bell, so I made sure I said ‘thanks’ to everyone.

Once you hit the bottom of the hill, you start climbing a little, just to wake your legs up, before entering Strathallan Estate for the figure of 8.  It’s about 2 miles, and with my mind being on Cross Country all week, it was probably just as well.  The track was pretty muddy, so you needed to watch your footing a little more carefully.  I always find this section more energy sapping than I expect, but the underfoot conditions helped distract me a little, bizarrely. 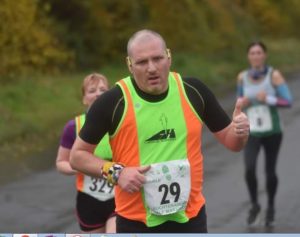 Out of the estate, and the climb begins.  None of it is particularly steep, but it is a continual climb that really takes the remaining energy out your legs.  The supporters from earlier were still out in force, and that encouraged you on, up the hill, and back into the village.  You then pass the luxury of the Gleneagles Hotel, feeling anything but luxurious, and round the corner to see the ‘last 200m’ sign.  That’s the best sight of the lot on a picturesque course, and spurs you onto a sprint finish, where you then collect a bottle of beer from one of the sponsors.  The best way to finish a race! 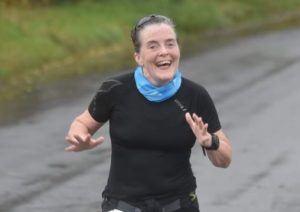 Well done to all runners.  Andrew and Brian both managed course PBs, with Gemma and Sam clocking great times for their first attempts at this course.

Thanks to the ‘Auchterarder Running Festival’ Facebook page for the photos.